A working model of affectivity

In recent years, research in neuroscience have allowed a remarkable progress in the understanding of the neurobiological correlates of perception and behavior. Brain structures involved in the affective system are tightly interconnected, making it difficult to individuate preferential pathways. In a materialistic model, the different functions would depend on their specific pattern of connections, considering brain areas as integrative/ processing nodes in loops starting with sensory inputs and resulting in visceral and motor outputs. Furthermore, different structures seem to dialectically operate in dynamic balances. In this perspective, we propose a working model on the organization of neural circuitry involved in the affective system, in which we divide two anatomo-functional macrosystems. A sensory-motor macrosystem would be composed by in series loops which would match complexes of sensory stimuli with different behavioral patterns. On the other hand, an affective macrosystem would be composed by in parallel systems which would be activated by pleasure/reward or pain/fear, and would modulate the excitability of sensory-motor loops with consequent variation and selection of preferential pathways. On the basis of the model, we propose hypothesis regarding an integrated neurobiological background of the functioning of the affective macrosystem as a result of balances and imbalances in the different neural systems
underlying temperament and affective disorders. 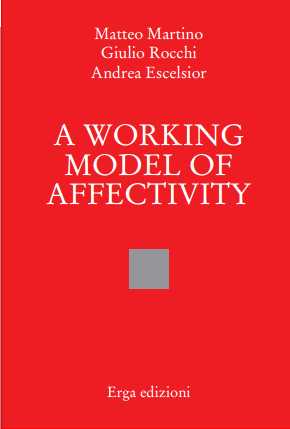 A working model of affectivity