The Anglo-French Conflict in North America

The volume studies the theme of the politcal and military contrast between England and France in the 18th century, with particular reference to the phase of the Seven Years’ War in which the two European powers were involved in the struggle for supremacy in the Nord American continent. The essay describes the progress and political, economic and social consequence of the long conflict, and analyses the military and technical aspects of its pohases. This is one of very texts by an italian author on this subject and focuses on descriptions of the naval and land tactics and strategies used by the powers involved in what has been called “the first world war in history”. 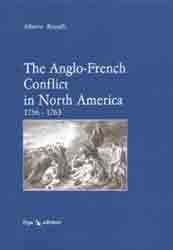 The Anglo-French Conflict in North America